Some ideas or residue of artworks linger. Several different ideas and earlier artworks have come together in this piece. The beginnings of this miniature book go back to an abstract drawing called Drift (see here) which became small folded squares and ultimately a set of teabag shaped 3D forms (see here) and a tiny book (here). There were quite a few folded squares left over, and I found them forming themselves into an interlocked concertina. As I looked at them, the sense of a dense, thorny hedge came to me, which suggested the fairy tale of Sleeping Beauty. So, I drew a little spindle on the front in red ink, and from this drew a thread through the twists and turns of the hedge, continuing from one side to the other. It needed words, so I found a copy of the story and took key phrases which I wrote in red ink in very tiny handwriting, following the red thread line. At the end of the front side the hundred years sleep began. On the other side, the prince arrived and made his way through the hedge to waken the princess.

The next stage was to make a container for the book. I decided a folded box would work nicely, so using a slightly larger template than for the boxes I made recently (see here) I cut out the shape from another drawing that was waiting its next development. This was the one I called Fairy Tale (see here). It wasn’t complete as a flat drawing, but now it seems to have found its calling. 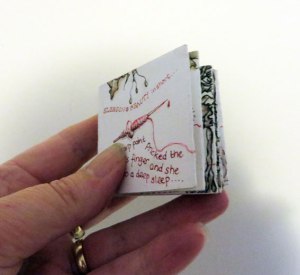 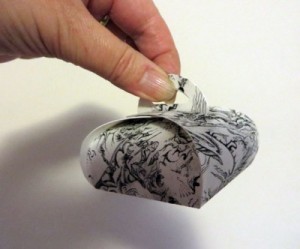 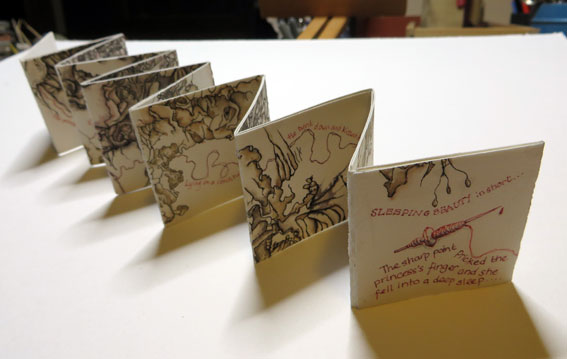 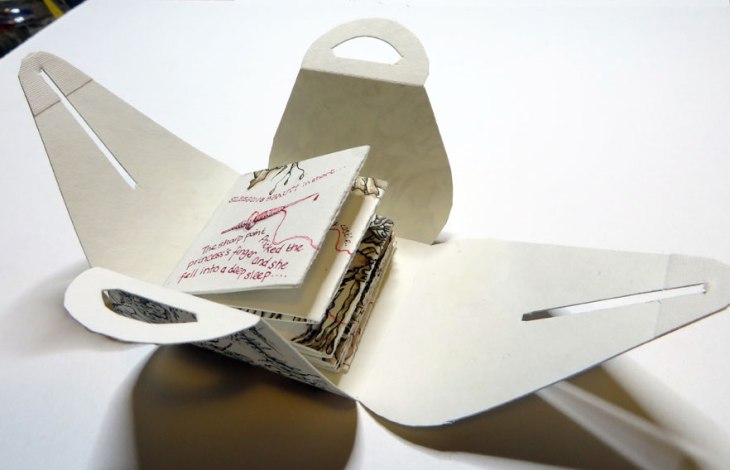 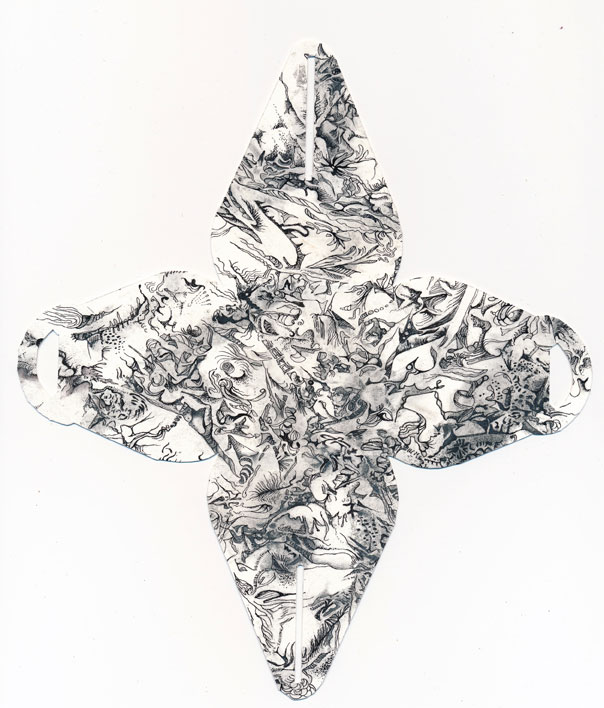