The next stage of the four-way collaboration sees me adding to Karen Bailey’s book. Karen has chosen the theme of patterns in the forest – this delighted me, as it covers two of the things I like best, patterns and the natural world. The first page is a communal one, and Karen had begun it with a drawing of an unfurling fern frond, so for my contribution I chose something that also has strong, distinct shapes and rich colour, a sprig of gum nuts with leaves. 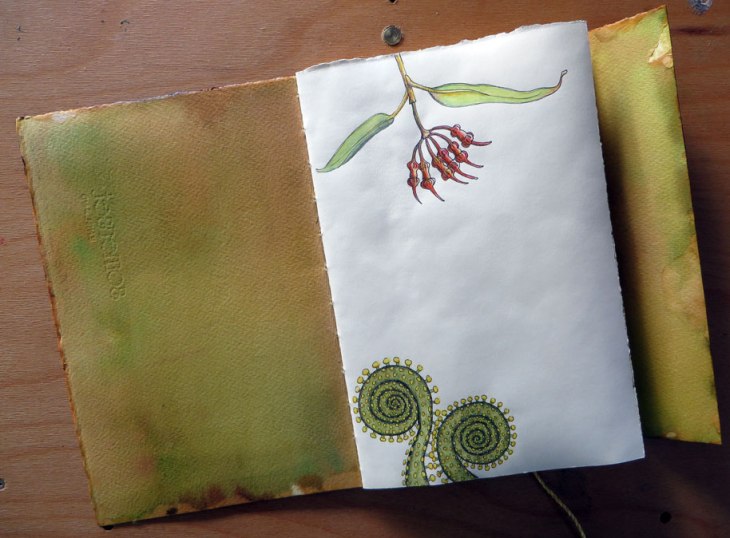 The next double page spread was Karen’s lichen. 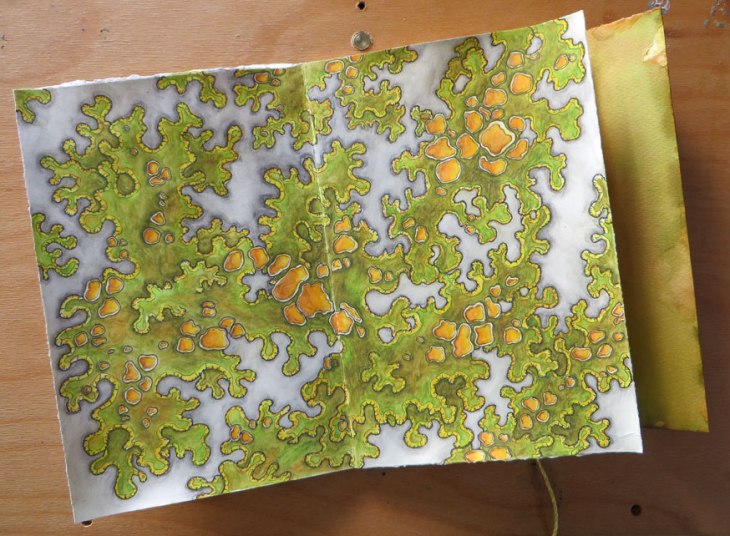 This was followed by my double page spread – I chose an array of fungi for my subject. They were neutral coloured, growing on a dead tree trunk in Kangaroo Island. I decided to depict them in simple graphite, to emphasise the almost abstract shapes, with no distraction of colour. They became reminiscent of coral or clouds – or other objects found in nature. 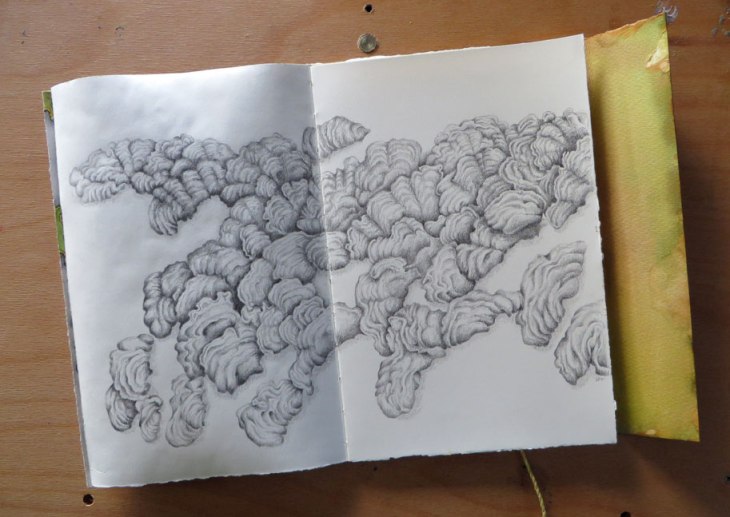 The final page that I contributed to is the last double page spread. Karen had started it with a fern leaf, so I added a twig adorned with bright red seed pods – these I had found in Central Australia, and they made an exuberant contrast to the muted fungi spread. 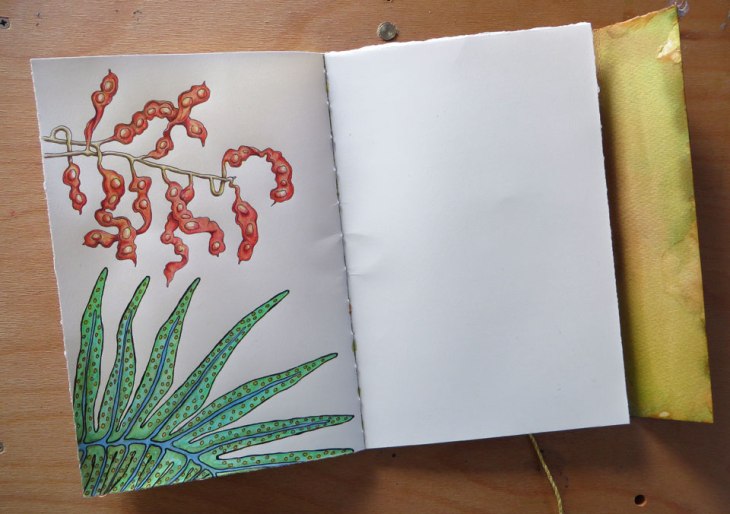 The book is 24 cm x 16 cm. I used watercolour pencils, coloured pencils, pen and graphite in my contributions. 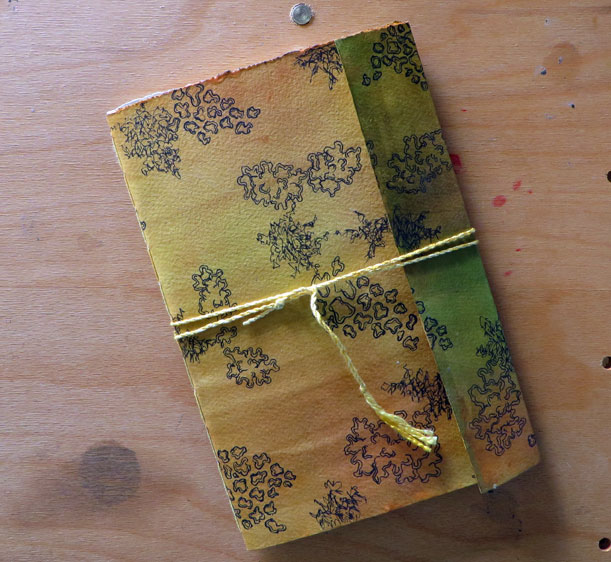 This is the closed book. Next week it will be heading to Gale in Oregon, then on to Cathe in Minnesota. To see work from the other three, go to