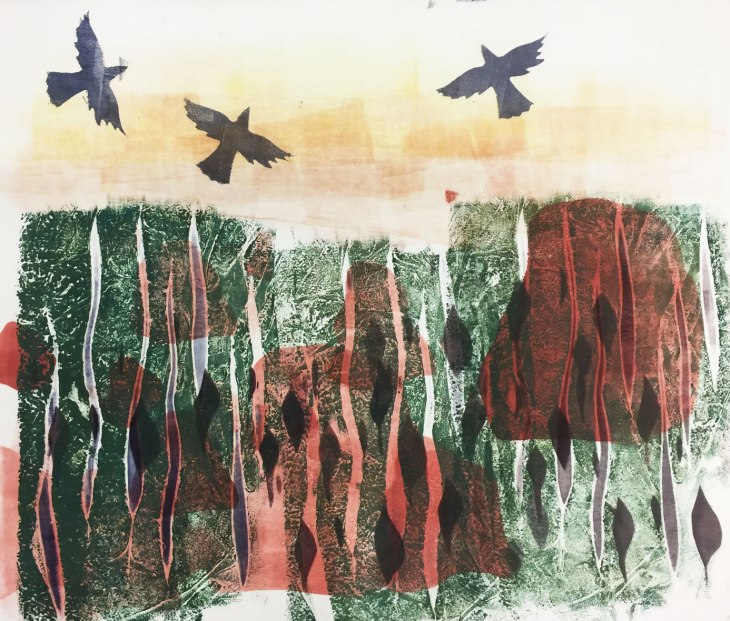 Each week’s printmaking session leads to the next. The stencilled birds have been an element for some time now, so I decided to use the stencil idea for more forms. The idea for this print stemmed from thinking about Central Australia, its desert landscape and massive red rocks, also the spindly, twisted black trees that are often found there. The result is not really like Central Australia, but still has an Australian landscape feel.

As the layers built, I re-used some of the stencils I had made previously. To apply the shapes to my acrylic printing plate I use a roller to apply thin layers of ink, often turning the stencils over, so excess ink then transfers to the plate as well, which is how the dark green tree forms appeared. I had not intended them to be trees, but clearly, that is what they are. The interesting textures appeared by a lack of care as much as anything else – when I finished printmaking last week, I piled the stencils into a plastic bag. This then adhered temporarily to the inky side of the stencil, making crumpled patterns, and thus was transferred to the plate when I pressed down with the roller. I love the serendipitous results of this method – it doesn’t work every time, but the good surprises make it worthwhile!

To make the stencils I used Yupo, which is a thin, plastic-like medium, like paper but shiny and non-absorbent. (I sometimes use it to draw on with Liquid Pencil, as it pools in interesting ways.) I simply draw the shapes I want on, then cut them out with a sharp blade.

Below are details of the above print, and also images of the first layer. 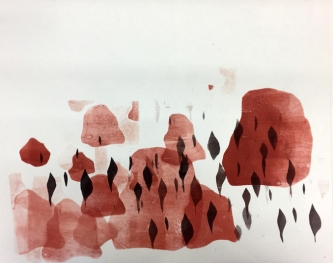 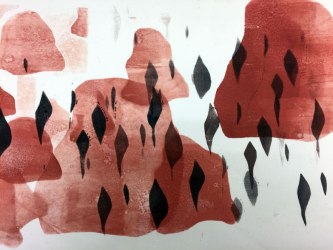 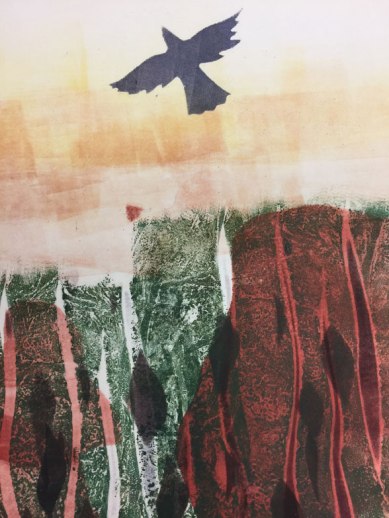 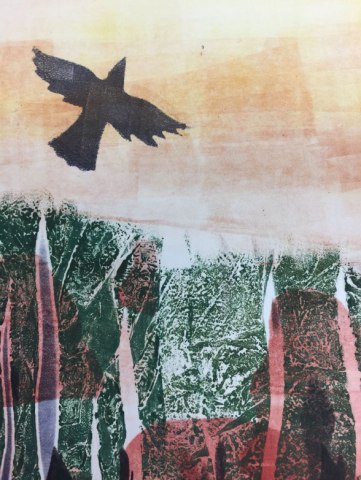 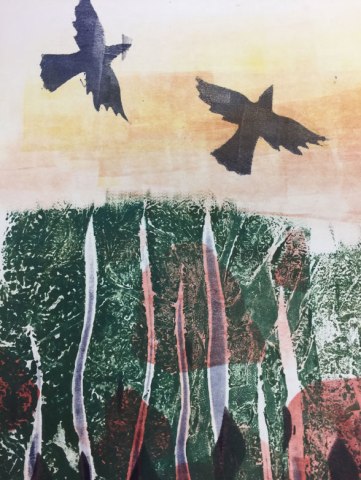