In late September we packed up the camper trailer and headed towards the west of New South Wales, to camp on the banks of the Darling River, one of the great rivers of Australia. This year has been severely dry, and the vast majority of NSW was declared to be in ‘extreme drought’. The river was very low, mostly pools rather than a healthy flow. In summer you expect to see parched landscape but usually at this time of year, in spring, there is some green to be seen, but not this time. Even the big gum trees are pale, the colour sucked out of them. This also means there is little wildlife, the birds, kangaroos, even the big lizards seem to have gone searching for food elsewhere. The only animals we saw a lot of were goats, and even they were looking tired and thin. So searching for things to draw was not such an easy task. Plenty of bones, and some hardy plants and trees but little else. This sounds depressing, and in many ways it was, but the landscape is still magnificent and has an ancient power to it. We camped with friends, then met a group of people who have the same camper trailer as us, made some new friends and enjoyed the old ones! I’m doing this post on my phone, so quality control could be an issue, so forgive me for any oddities! 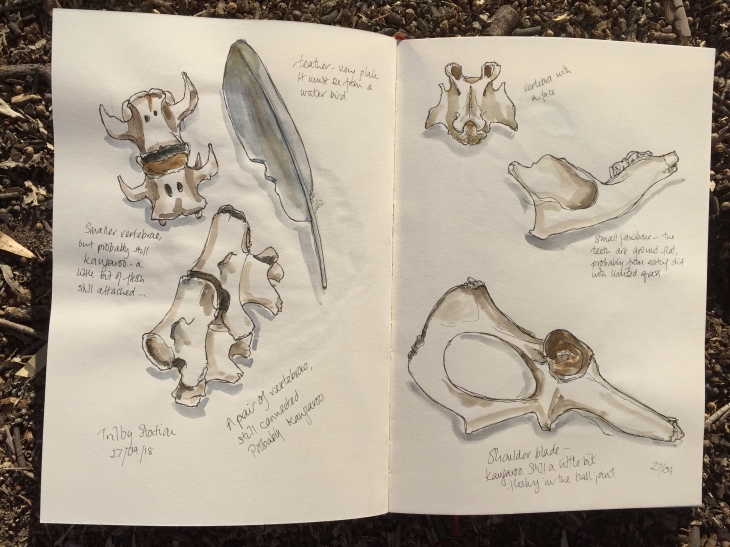