Time to sort the photos now – in this post will be a selection of the animals, birds and plants I came across in the first part of my recent trip through outback New South Wales, South Australia and Queensland. I don’t regard myself as a serious photographer, it is more about recording moments, sometimes for future reference for artworks, or just for a memory. One of the great pleasures of travelling is observing wildlife that you just can’t see in everyday life. Not a lot of explanation of these photos is needed, just a few captions. Above is a large male red kangaroo watching us curiously. 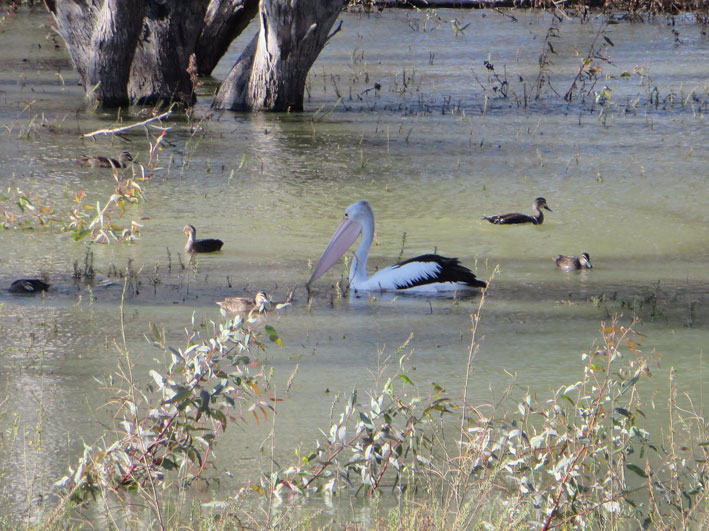 Pelicans, ducks and other water birds feeding in a billabong right behind our camp outside Wilcannia, NSW.

A small kangaroo living amongst the mullock heaps in White Cliffs. These heaps are the results from opal miners’ diggings and there are numerous mine holes amongst them, probably quite a few with the remains of kangaroos in the bottom.

Zebra finches collect in their thousands in trees near water holes, their soft but insistent calls filling the air. 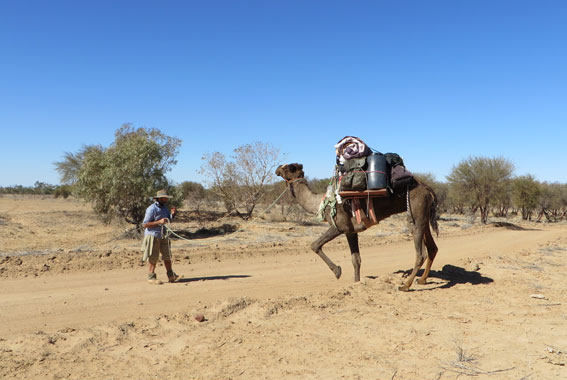 On the way to Birdsville we met a man travelling with his camel. He had already walked several hundred kilometres and still had a long way to go to get to Birdsville, but was happy to stop and chat.

Roaming cattle were one of the road hazards we were keen to avoid.

Corellas are highly social birds, collecting in groups of thousands. The sound of their calls as a a huge cloud of them circles above us in the early morning or evening epitomises camping in the bush.

Emus climbing over a bank near the road.

A large, healthy feral cat. On the other side of the bush had been another feral cat – this was the winner of the stand-off. Cats are a big problem in the bush, clever hunters and great survivors they decimate populations of small native animals.

Pelican on Eyre Creek. We spent a night bush-camping by the creek, watching the hawks, spoonbills, egrets, budgies, water hens and many more, happily feeding, enjoying the water in the seasonal creek which is often dry.

This large egret looked tentatively balanced in the dead tree on the edge of Eyre Creek, but it was a perfect vantage place for it to spot fish to dive for. 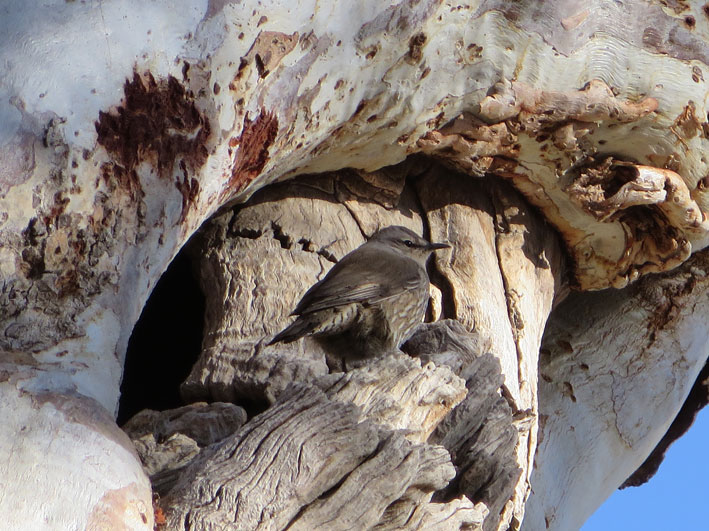 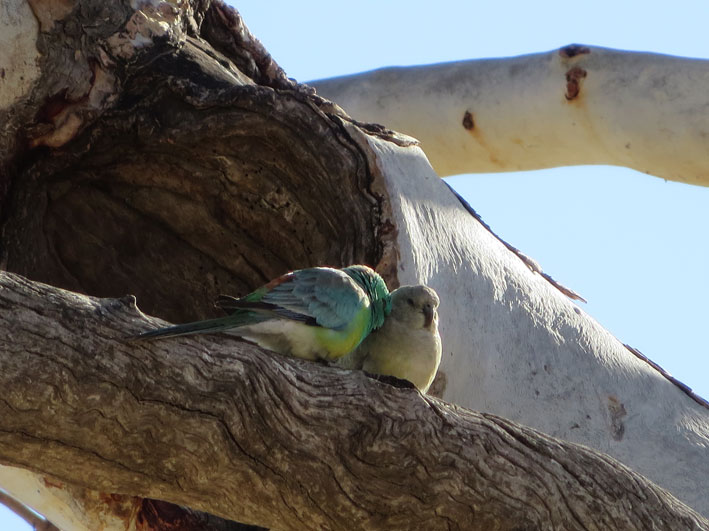 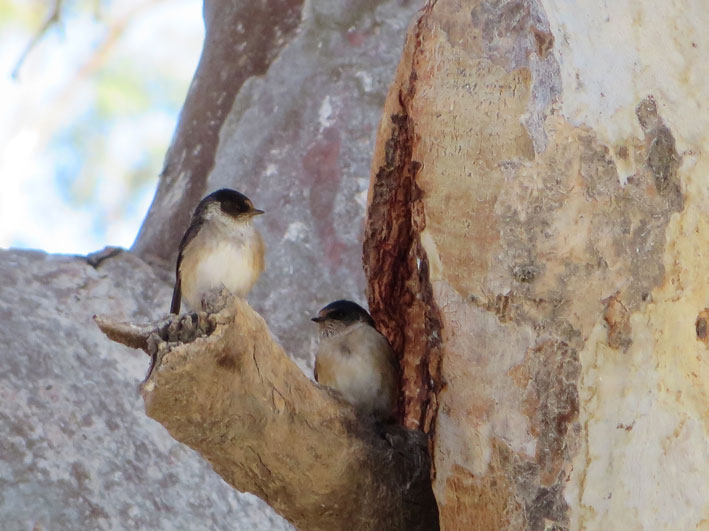 We watched several varieties of birds popping in and out of nest holes in trees at Innamincka on the edge of Cooper Creek, near where Burke and Wills came to the end of their ill-fated journey, returning from the Gulf of Carpentaria.

On the sand dunes at the edge of the Simpson Desert there is no sign of life till you look down – tracks of small mammals, reptiles, birds criss cross everywhere, with the occasional cat or dingo print among them.