A pile of monoprints has gradually transformed into a book – or a sculpture. The theme of the prints was music, in maybe an obscure way. Some of the plates were made some time ago, others are new, but all were destined to be made into assemblage artworks for a travelling exhibition called ‘Music Box’. The imagery was derived from the shapes of instruments, such as a violin, and the inside of a piano. I had made four artworks some time ago (see here) and am now discarding one and adding another. 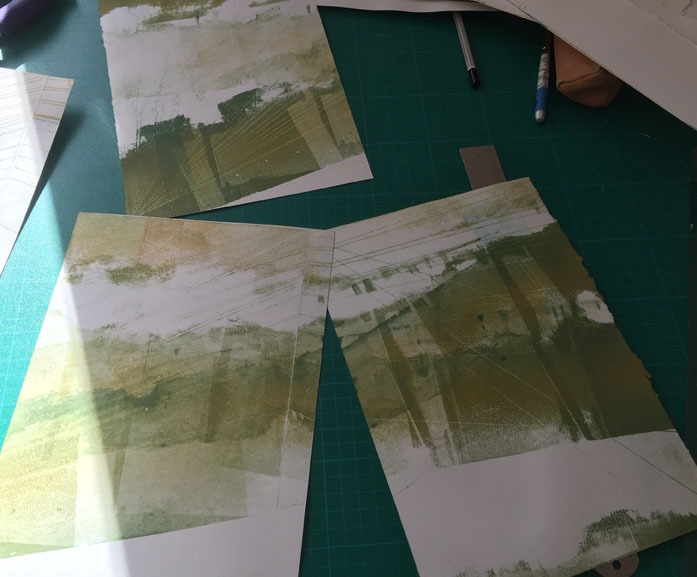 The images above show the main pieces that went to make the pages, and the first stages of putting it together. The pages are printed on both sides then folded in half to make a double page spread. To join them into a book form, I placed a wooden rod within each fold then wove coloured leather straps through small slots on either side of the fold and around the rod, then in to the next spread, and so on for 6 spreads. Finally, the long ends of the straps were glued across the front and back of the book as both an anchor and decoration. (See the last two photos.)

I also added smaller pages or pieces of print inside or outside each spread. Some of these were altered with cuts, folds or pieces inserted in them, to add interest and give a sense of dimension to the book. Although I have called it ‘Songbook’, I intend the book to stand fully opened so each page can be seen, rather than be ‘read’ as a conventional book. 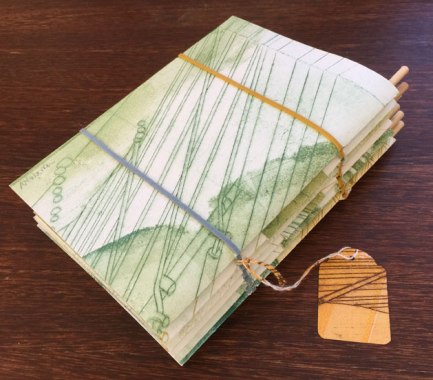 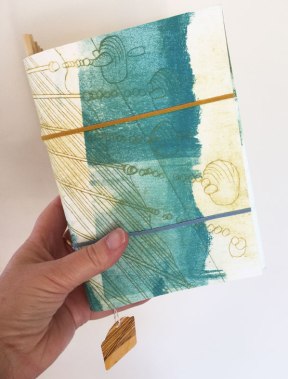 The last two images show the book closed, with the spine and straps visible.