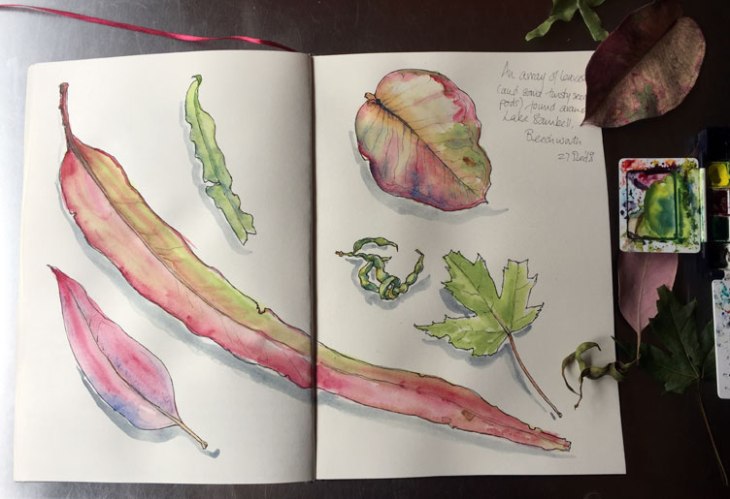 This year both our daughters were away from Sydney for Christmas, so we decided to take the opportunity for a short camping holiday over Christmas and New Year. We spent most of our time in Beechworth, a small, historic town in Northern Victoria, on the edges of the High Country. Beechworth is famous for its excellent bakery, but is also full of history – Ned Kelly, Australia’s most notorious bushranger was tried in Beechworth in 1880, and the area was also well-known for its gold fields. The town retains many of its old buildings which are still in daily use, and the locals are friendly and welcoming.

It was quite hot while we were there, so many of our intentions for long walks were thwarted, but nevertheless we made the 20 minute walk into the town each day, just to check out the bakery, and some very nice clothes shops …. We were camping in a grassy, open caravan park, in a perfect spot right next to the bush, with a lake on the other side of the park. Sitting quietly we were delighted to be joined by numerous birds. The noisiest animals there were koalas – describing their call is not easy. It is not a beautiful sound – a cross between a roar and a resonating belch, and surprisingly loud. Not what you might expect from such a cuddly looking creature. We did see some in the trees, but never close enough to draw or photograph. However, I did manage to find some leaves, pods and pine cones to draw.

After five days in Beechworth, including Christmas Day, which we spent with Sydney friends who were also travelling, we moved on and spent 2 nights bush camping at Geehi, in the Kosciusko National Park. We managed to find a campsite right next to the river, which is called the Swampy Plains River, not a very attractive name for a lovely small river, shallow, with large, rounded river rocks, perfect for sitting on to cool down on a very hot day. 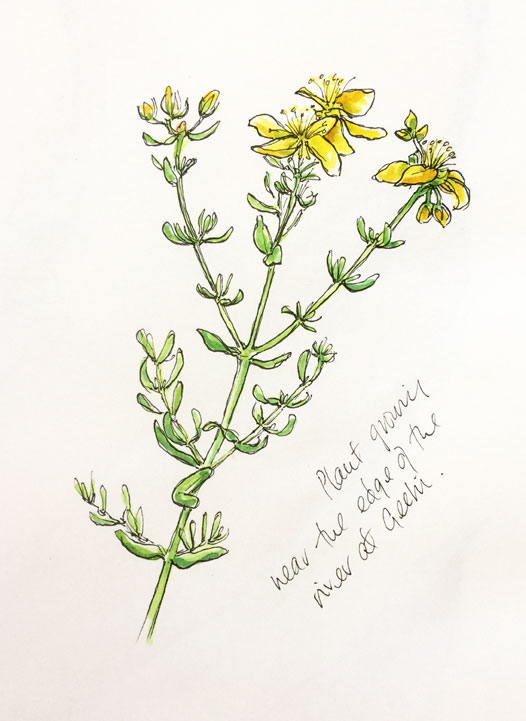 Our final stop was Broulee, a small town on the South coast of NSW, this time staying with friends, so back to sleeping indoors! Their house faces the beach, a perfect place for leisurely walks and for me to find flotsam and jetsam to draw. We had New Year’s Eve with our friends, then back home again!